On Fear and the Upcoming Burrard St. Story Guild Presentation: Legion and the Pigs, The Day Jesus Crossed the Sea 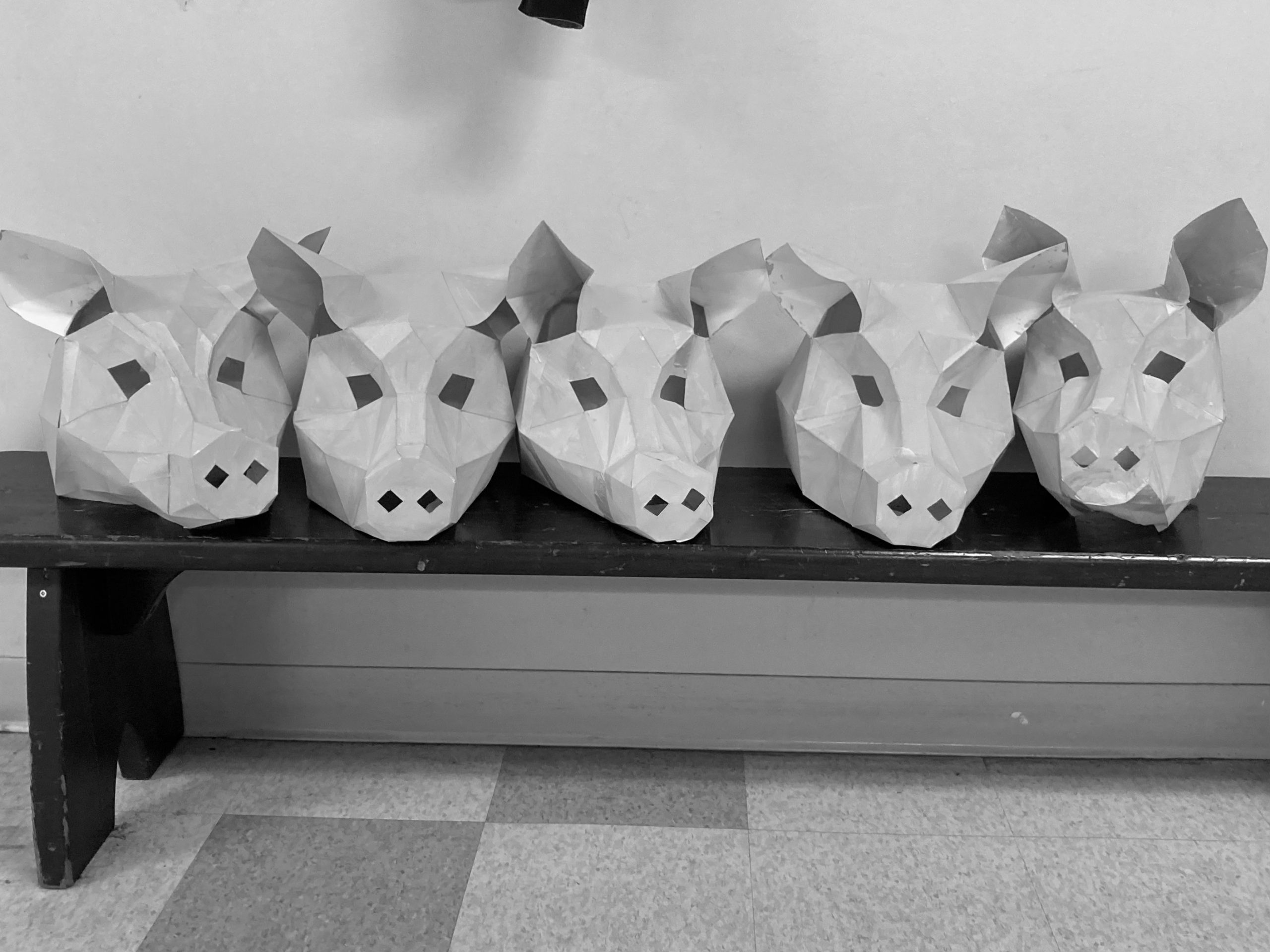 With climate disruption, supply chain mayhem, and a never-ending pandemic there is no shortage of reasons to live fearfully these days. The reason for our fears may be unique to our time but as pundits of human history have been quick to point out, living fearfully is not new to the 21st century. Every generation has had its own fear demons with which to wrestle. It seems that fear in all its many guises is part of the human condition.

How to respond to fear is one of the most important gifts that healthy spirituality has to offer. To its credit the Bible takes this mandate seriously. One of the most common refrains spoken by Jesus is “Don’t be afraid.” Taken on their own these words run the risk of being glib or simplistic.

Fortunately Jesus backs up the invitation with an embodied way into fear-filled situations that diminishes the lie of invincibility that fear likes to flaunt. With the soul force of love grounded in Divine Being, Jesus stands in fear’s path and refuses to let fear overstep its boundaries.

In the Gospel of Mark the story is told of a man who lived alone among tombs, an outcast among his own people. A spirit of fear called Legion has taken control of his body and mind. Public theologian and activist Brain McLaren draws a direct connection between Legion and the occupying presence of the Roman military in first-century Palestine.

This season’s Burrard St. Story Guild production is the story of Jesus putting an end to the advance of a fear that has been passed from one context to the next and growing ever larger as it moves: first from the soldiers of Rome, to the villagers in the country of the Gerasenes, and finally to the exiled man living alone in a cemetery.

Why Jesus allows Legion to enter a herd of two-thousand unsuspecting pigs driving them to their death is a question that goes unanswered in the story. Scholars suggest that a herd that size would be the modern-day equivalent of a large corporation and that the pigs were most likely being raised to feed the military-industrial complex of Rome, i.e. the antithesis of the Kingdom of God.

Nevertheless the drowning of the pigs begs the question of the price the earth has had to pay to absorb human fear. And is there a connection to Jesus own death only months later when he enters the abyss feared even by Legion in order to root fear out at the deepest levels of human existence?

In his book, How Not to Be Afraid, Gareth Higgins suggests that one of the ways to hold fear in check is to find a story bigger than the story fear is trying to tell. Legion and the Pigs:The Day Jesus Crossed the Sea points us in the direction of a bigger story – a story that recognizes the potential of compassion over exclusion, love over hatred, and solidarity over isolation and fear.

So please join the six kids of this season’s Burrard St. Story Guild and our guest performers – either in person at 10:30 on December 5, 2021 at Canadian Memorial United Church (corner of 15th Ave. and Burrard St., masks and double vaccine required), or online for the free live-streamed telling of Legion and the Pigs: The Day Jesus Crossed the Sea.