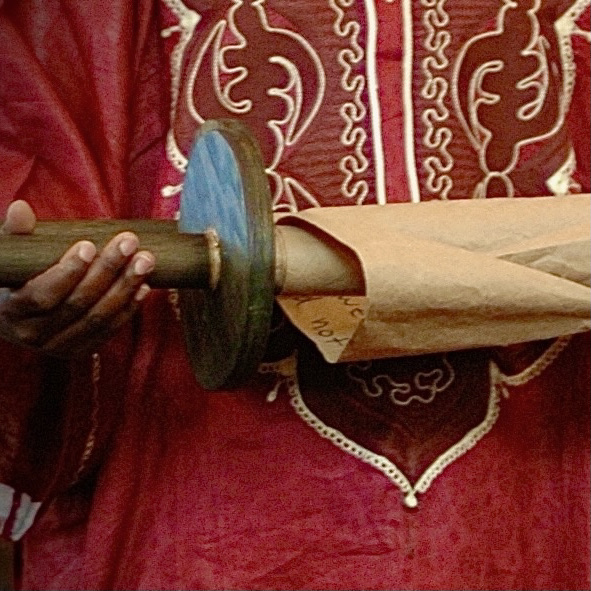 One of the gifts of being a church-based storytelling initiative is that we have a wonderfully eclectic and endlessly supportive community of volunteers and amateur actors to draw on. We never take this for granted. Every volunteer who has cooked a meal for the kids, stacked chairs after a rehearsal, built props, raised money, played a part, donned a costume, or ushered a show is remembered in our Hall of Fame with fondness and gratitude.

Emmanuel was one such volunteer. As the father of two of our brightest Eastside Story Guild stars (who can forget Peace Esther’s devilish smile as a nephalim in Deep Waters, or John David’s portrayal of the enraged and love-struck Samson in The Bridge Between), Emmanuel was up for any task, whether pushing a broom or taking on a role.

Emmanuel’s first stage appearance was in the closing moments of Grandview Calvary Baptist Church’s 100th anniversary production (Stories of A Hundred Years). The scene depicted the real-life friendship between Emmanuel and Paco: two men from different continents, both come to Canada as refugees, together forging the story of Canada’s next 100 years, the story of a diverse, richly-layered and inclusive world of welcome.

A few years later Emmanuel embraced the role of Ezra in Eastside Story Guild’s West-African inspired telling of the story of Nehemiah (Gates, 2008). The part was a perfect fit: a holy man of God opening the long-neglected scroll and reading the Law of Moses with such conviction that it brought the gathered community to its knees.

But the truth is Emmanuel didn’t need a Sacred Canopy to tell a great story. His life was stage enough, filled as it was with scenes of all-in encounters with people of every rank and file, with a deep devotion to his children for whom he traversed continents, and with a faith that fought for justice at cost to his own life.

Some people sneer at the idea of saints. “Everyone is a saint!” they insist, and while I get the caution against holier-than-thou designations, it does seem to me that there is a category of people whose quality of being sets them apart. These are people who have chosen love over fear and hope over despair so often and so consistently that they have become what the mystics call “fully awake” human beings.

And for my money, with no disrespect to the Catholic Church’s canonization process, the simplest way to recognize a true saint is by their laugh. And it’s not the sarcastic, deprecating laughter that Hollywood has learned to exploit. Rather it’s a deep-down laugh that reverberates with joy and warmth, and when you hear it you know, despite all indications otherwise, that “all shall be well, and all shall be well, and all manner of things shall be well”.

I’m no authority on sainthood but I will say this: Emmanuel laughed like that.