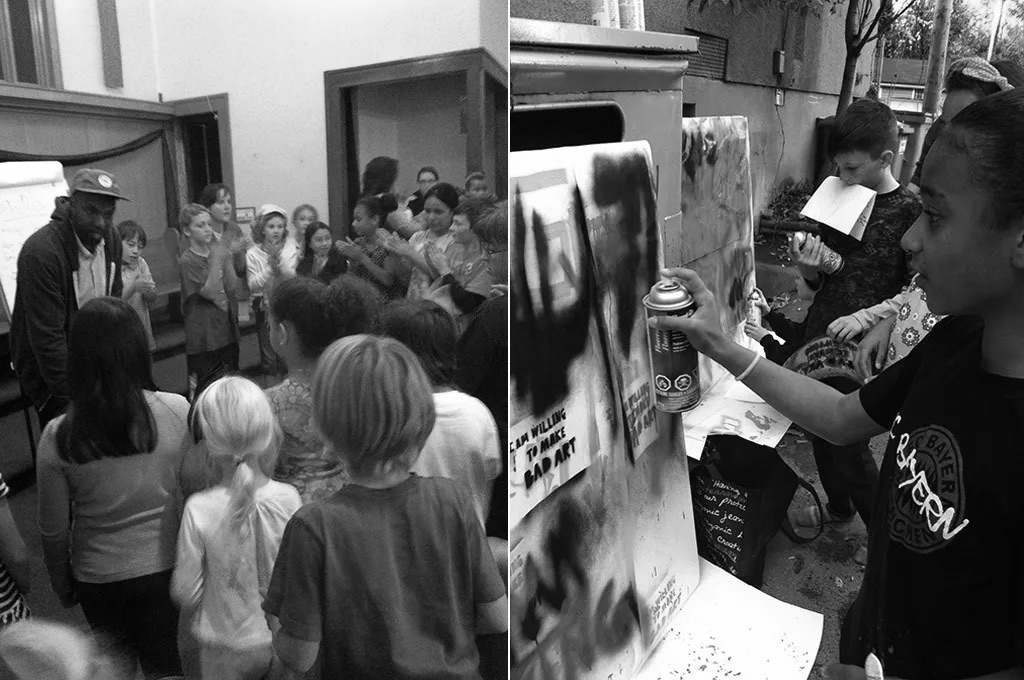 Finding the right balance between ‘my story’, ‘our story’, and ‘God’s Story’ is critical to Sacred Canopy’s programming and productions. It’s this three-way dynamic that keeps our storytelling grounded, accessible, and healthy.

One of the ways we explore the “our story” component of this triad is to interweave a contemporary story with the ancient biblical story. Both stories make their way onto the stage for the end-of-season production.

Usually these contemporary stories are of ordinary people doing ordinary things, like the time we re-enacted the story of an elder Trinidaian couple in our congregation immigrating in the 1960s to racially segregated Toronto (yes, Toronto, not a typo!). In Night Vision, we interwove the Chariandy’s story with the story of Abraham and Sarah, their shared struggle, across millenium, to find their footing in the new country to which they had been led.

Sometimes, however, the people we’ve found to work with hold a much larger place in the public imagination.

On another occasion we invited the Juno-award winning Canadian rapper, Shad to work with our eastside story guild on a rap for the opening scene of Angels and Ladders our telling of the rivalry between Isaac’s sons, Jacob and Esau. Needless-to-say, the sanctuary was packed out on the opening night of that show when Shad performed live with the kids, riffing off The Fresh Prince of Bel-Air.

Then there was the time Wet’suwet’en activist and treaty-rights defender Freda Huson invited us to what was then the little known Unist’ot’en resistance camp in northern BC. For three days we listened to Freda’s stories of building a healing centre in the path of a pipeline. We chopped wood, smoked mountain goat, walked the land with Freda and captured it all on film. Back in Vancouver we used huge, ceiling-height screens to interweave the Unist’ot’en resistance story with our own season-end telling of the biblical story of Samson and Delilah.

And now, years later, and within weeks of each other both Shad and Freda have received international recognition for work that presses hard toward a more equitable and just world for all. Shad for his newly dropped genre-bending album, TAO, that moves the cultural conversation forward on many fronts (“capitalism, racism, surveillance, Black excellence—or lack thereof—and more”), and Freda, winner of the Right Livelihood Award for her “fearless dedication to reclaiming her people’s culture and defending their land against disastrous pipeline projects.”

Our first story guild alumni are all young adults now: some in fledgling careers, others looking out college windows, and still others picking up their weekly minimum wage pay cheques. Regardless of where they find themselves I like to think of them scrolling social media and coming across these stories of Shad and Freda, two people with whom they once shared the story guild stage, two people still making a difference, still making the world a better place.

I’d like to think it reminds our alumni how interwoven, and held, all our stories really are.