Where There is No Path 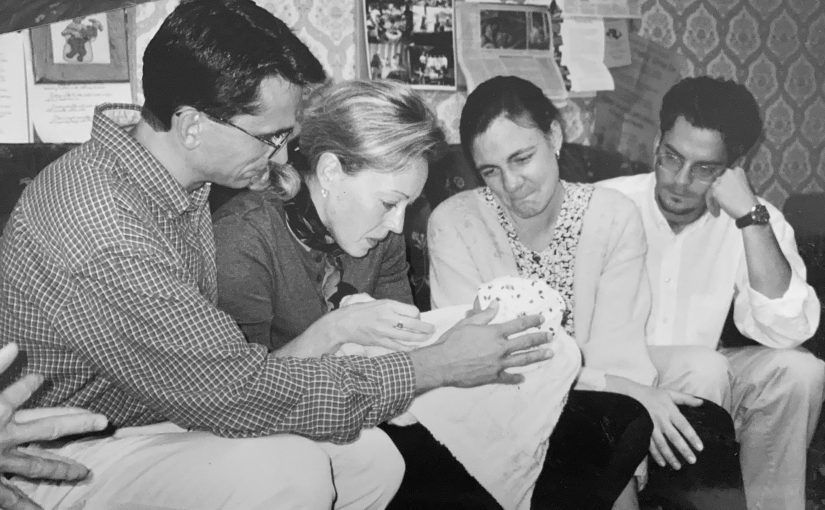 How Sacred Story Guides Us Through the Deep Forest of Grief

Our first child arrived into the world 22 years ago today. But something was wrong. He struggled to breathe and twenty minutes later was pronounced dead. It was a full-term pregnancy and up until that point there had been no question of viability. To have a son born and die on the same day without any advance warning launched me into the deepest grief I have ever known.

In mythic terms, when a person experiences great loss, they enter a forest where there is no path. The stages of grief may be predictable, but the shape and contours of each of those stages is unique to everyone who walks the path. Each person has to find their own way. Some may pass through the deepest, darkest part of the wood early on. They may fear, as I did, that they will never find their way out. For others that section of forest comes later. Some come out into frequent clearings where the warmth of the sun hits their face. Others walk the whole wood never once experiencing the dappled light of day.

Sacred stories can’t give you the specifics of your particular path. Nothing can. What sacred stories can do, however, is provide reassurance that the dark wood you are in does not comprise the whole map. A sacred story will honour the forest, and the path that must be taken through it, but it will also reveal the forest’s limits and boundaries. A sacred story provides a bird’s eye perspective of the wide, sunlit landscapes on the far side. It’s this perspective that can get a person through the forest, that can give them the courage to journey deeper in.

There are many such stories in the biblical narrative. The story of Jesus is one of them. Like a lantern it casts light on the next step and then the next. His own journey through sorrow and loss and death invites us not to project our pain outward at those around us (which is the fallback script of a retributive culture like ours), but to stay with the pain. To bear the tension of it. And ultimately to trust that the path will lead us to new terrain on the far side of the forest.

The Christian tradition has a name for this ancient story. It’s called the Paschal Mystery.

Aden’s funeral took place six days later at the church where I was pastoring. The first thing I saw when I walked into the crowded sanctuary behind my son’s tiny coffin were the kids of the Eastside Story Guild sitting on the very front pew. They were a group of a dozen or so ranging in age from 3-18, and represented an East Vancouver mix of ethnicities and socio-economic backgrounds.

It was the very first season of the very first story guild, yet already, the kids were leaning against each other, arms intertwined with matching blue story guild t-shirts that read “Where my story and God’s Story meet’. I was comforted knowing that this group of kids knew what every kid deserves to know: that they were a part of a Story large enough to hold all of life, including theirs, in both its beauty and its heartache.